EPDM rubber is a rubber made of ethylene and propylene by solution co-polymerization, and then introduce the third monomer (ENB). EPDM rubber is basically a saturated polymer, aging resistance is very good, good weather resistance, excellent electrical insulation properties, good chemical resistance, impact elasticity is good. The most important disadvantage of ethylene propylene rubber is slow vulcanization speed; with other unsaturated rubber and difficult, self-adhesive and mutual adhesion are very poor, so the processing performance is not good. 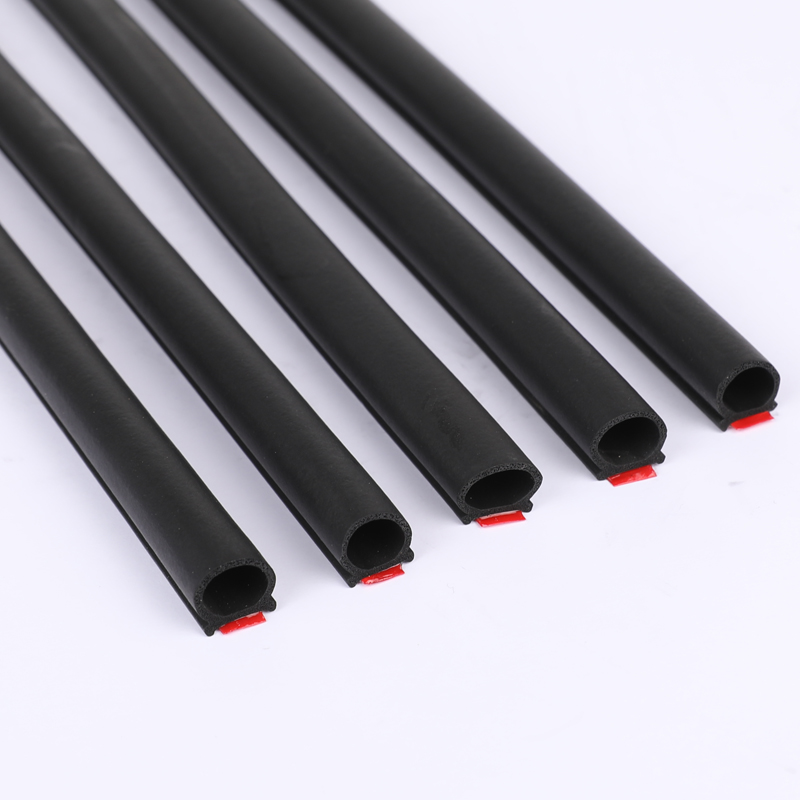 Ethylene propylene rubber has excellent weather resistance, ozone resistance, heat resistance, acid and alkali resistance, water vapor resistance, color stability, electrical properties, oil-filled and room temperature fluidity. Ethylene propylene rubber products can be used for a long time at 120℃, and can be used briefly or intermittently at 150- 200℃. Adding suitable antioxidant can increase its use temperature. EPDM rubber cross-linked with peroxide can be used in harsh conditions. EPDM rubber in the ozone concentration of 50pphm, stretching 30% of the conditions, up to 150h or more without cracking seal strip supplier.

Due to the lack of polarity of EPDM rubber, low unsaturation, so the polar chemicals such as alcohols, acids, alkalis, oxidizers, refrigerants, detergents, animal and vegetable oils, ketones and grease have good resistance; but in the lipid and aromatic solvents (such as gasoline, benzene, etc.) and mineral oil stability is poor. In the long-term action of concentrated acid performance is also to decline. In ISO/TO 7620 gathered nearly 400 kinds of corrosive gaseous and liquid chemicals on a variety of rubber performance information, and specified 1-4 level to indicate the degree of its role, the impact of corrosive chemicals on rubber performance.

As there is no polar substituent in the molecular structure of ethylene propylene rubber, molecular cohesion energy is low, and the molecular chain can maintain flexibility in a wide range, second only to natural commercial and paraben rubber, and can still be maintained at low temperatures.

Ethylene propylene rubber due to the lack of molecular structure of the active group, the cohesion energy is low, coupled with the rubber is easy to spray frost, self-adhesive and mutual adhesion is very poor.

Thermoplastic ethylene propylene rubber (EPDM/PP) is EPDM rubber as the main body and polypropylene for blending. At the same time, the EPDM rubber reaches the expected degree of cross-linking product. EPDM/PP not only retains the inherent properties of ethylene propylene rubber in performance, but also has remarkable process performance of thermoplastic injection, extrusion, blow molding and compression molding.